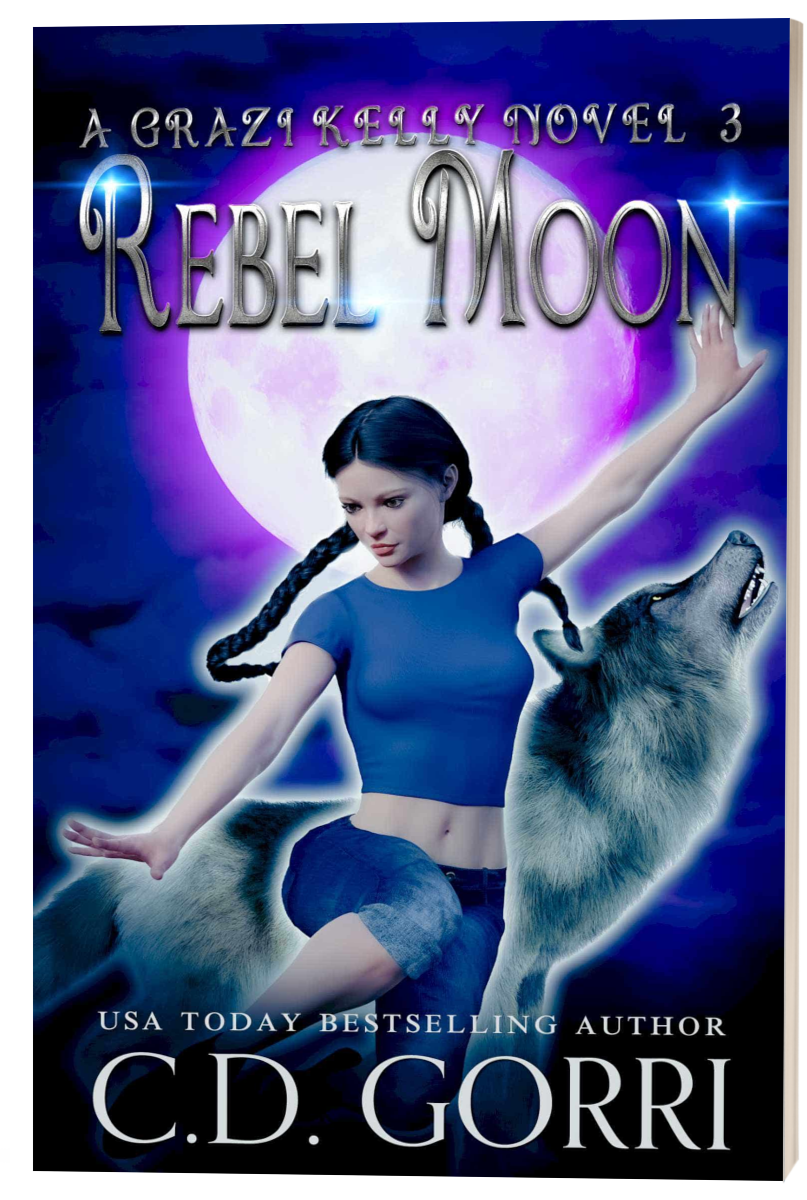 “From school nerd to Werewolf girl. It was quite a change after all. I ran hard for all those changes, all my mixed feelings. I could do little but accept them. They were a part of me now.

There were some things I knew could never change. For example, I was a teenager and would be for the next few years anyway. I was also a Werewolf and as far as I knew that was forever.

Witches had messed with nature and thrown it completely off balance. A demon with an angel’s face wanted me as his bride. And a more powerful demon wanted to escape Hell and rule the Earth.

Nonna was in danger of losing her home to the IRS. Julianna hated me more than ever because for a while Sebby actually liked me. I was lying to my best friend Angela about what I was.

But none of that seemed as important as this one unchangeable fact. I was in love with Ronan…”

Join teenage Werewolf Grazi Kelly as she continues to battle evil in this third installment of her series. Will she get closer to solving the mystery of what happened to her parents? Will she find out what it means to truly be part of a Wolf Pack? Will she find true love? Find out in Rebel Moon. 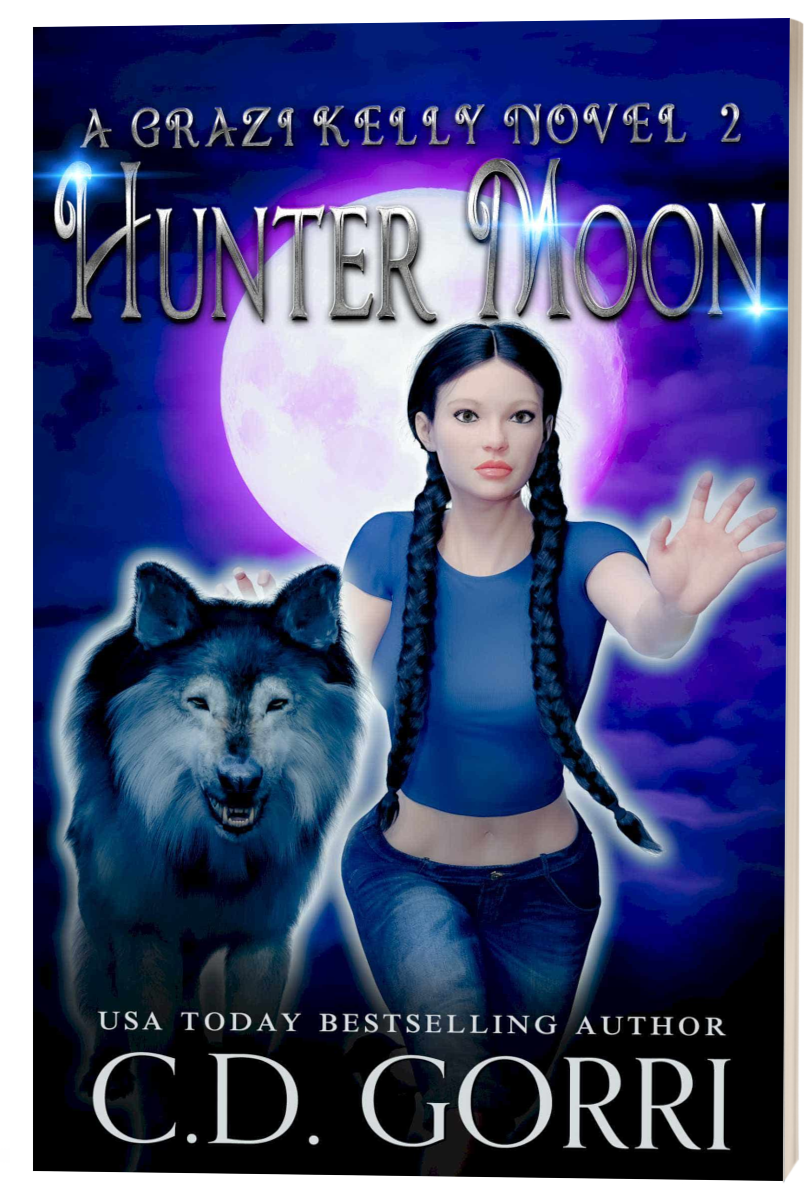 A few weeks ago I found out that I’m a Werewolf. Yup, that’s right. I tend to get furry around the full moon. Don’t believe me? Well, it only gets more fantastic from here.

You see, I’m bound by an ancient pact my ancestors made to serve with the Hounds of God. They’re like this mega Wolf pack who technically work for the Catholic Church. The Hounds have been fighting an age old battle against covens of Witches who want to claim dominion over the Earth for the Devil.

You heard me correctly. I mean the actual Devil, you know, Lucifer, the Father of Lies. Yup. That’s the one. You see, the Devil, is an actual being. Not some metaphor for evil. He is a fallen angel and his minions take many forms. The Hounds of God fight those minions. We are an ancient order dedicated to protecting humanity.

My father before me was a Hound. He and my mother died fighting this battle when I was about three years old. I keep a picture of them next to my bed.
I don’t remember that much about them, except for this recurring dream I have of my mom. Anyway, I was raised by my maternal grandmother, Nonna Rosa. Her son is my Uncle Vito. He and his family live with us too. Only Nonna knows the truth about me.

Hard to believe? You betcha. I didn’t really buy it either until last night when I got all furry and fangy and ripped the throat out of my high school librarian.
Scary, right? But they aren’t the only things out there. There’s much more that I have yet to learn.

This world is new to me. It is full of dark and dangerous things. And most of them seem to want me dead. I’m scared, I mean, I’m not crazy. But I have to survive. I just have to. To find out what really happened to my parents. And to avenge them…” 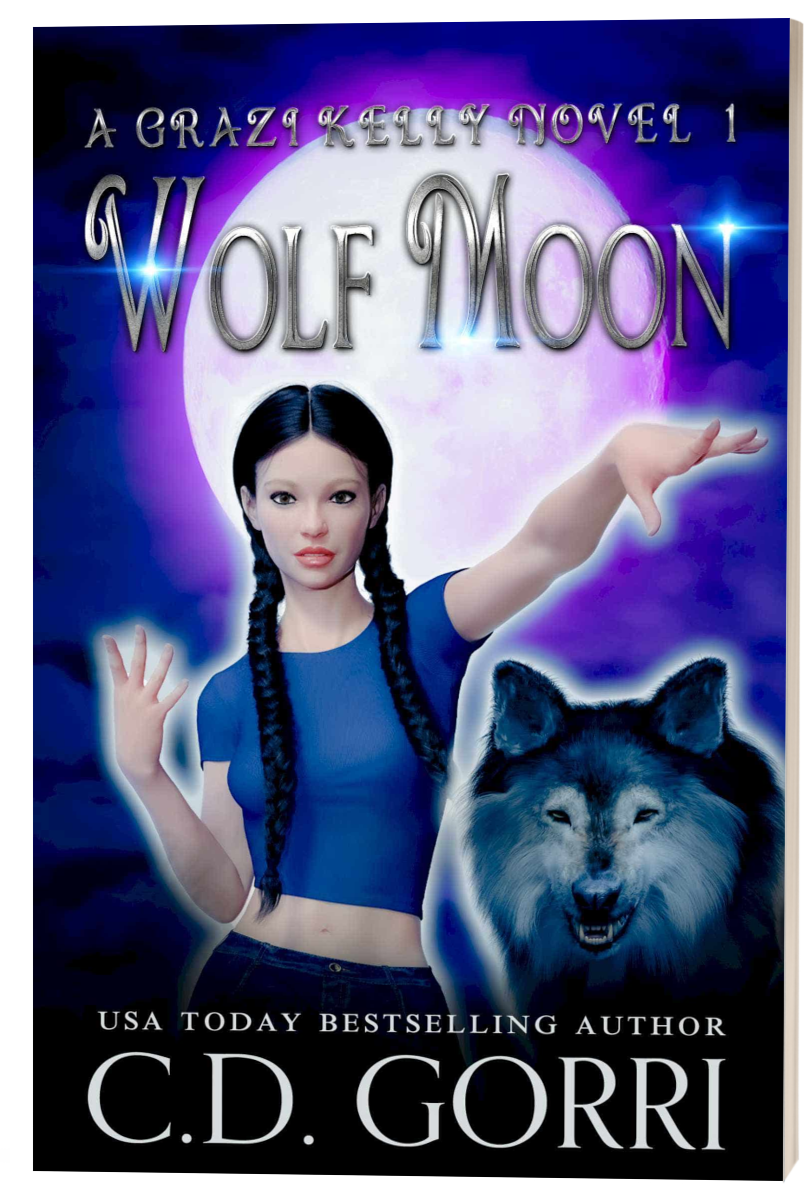 “Hi. My name is Grazi Kelly. There are things I know are true and things that I never would have guessed. First, demons and witches exist and they are evil. Second, the world is up for grabs and the witches are getting their minions ready. Third, I’m a werewolf and it’s my job to stop them.”

High school sophomore Grazi Kelly leads an ordinary life in the suburbs of New Jersey helping her grandmother with chores and attending Catholic school. Things are pretty good except for her bullying cousin and the rest of the obnoxious cheer team.

Things take a frightening turn when the night of the full moon arrives and the bodies start piling up. Grazi learns that she is different in ways she never expected.

Torn between Sebastian, the school soccer star and Ronan, a foreign exchange student who shares her secret. She must uncover the identity behind the mysterious attacker, but is she ready for the entire truth?