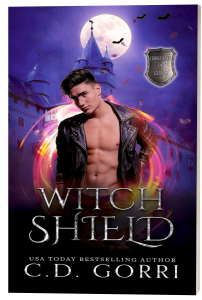 She’s on a mission to prove magic exists. He has to change her mind.

What happens when a Witch falls for a feisty normal bent on outing the single most vital secret in the known universe?

Egros must convince Elena’s mate’s sister to stop her investigation into the supernatural world. The cunning female is too smart to bespell. He’ll just have to try the old fashioned way.

Margo Wells has done the unthinkable. The human woman has tracked her brother all the way to the Guardians of Chaos’ Keep, and she’s not leaving without proof magic exists. All her life Margo was different. With this revelation, she’s finally found vindication.

Will Egros put a stop to the infuriatingly beautiful woman’s investigation, or will he lose his heart instead?