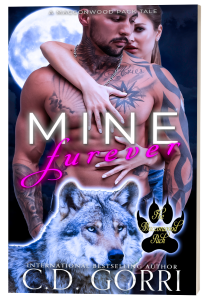 A Witch, a Wolf, and a little bit of magic walk into a bar…

Jordan Feral’s Wolf goes crazy the second she steps into his life. He knows without a doubt the curvy little minx is the one for him despite her claim that he’s being influenced by her magic.

Isadora Hazel is a Witch on the hunt for her runaway love spell. She follows its trail all the way to The Thirsty Dog.

After spending years avoiding the Shifter haunt, Isadora has no choice but to go inside, and on Valentine’s Day of all days! Sigh. She only hopes no one gets hurt by her spell. Especially not her.

Can Jordan convince the curvy little Witch that she belongs to him?

*This book uses characters in the Macconwood Pack Novels and Tales, but can be read alone.